Strata I
Museum for the Age of Penumbra
Annual Exhibition Class of Julian Rosefeldt
20.- 28.07.2019
Academy of Fine Arts, Munich

Strata II
Museum for the Age of Penumbra
01.- 03.11.2019
University of Applied Sciences, Biberach

the future is but the obsolete in reverse (2019)

Early representations of artificial intelligence around 2020:

In close cooperation with the master’s degree students in architecture of University of Applied Sciences Biberach (Germany), a mobile pavilion made of recyclable materials was created that housed the Museum for the Age of Penumbra.

In 4589, descendants of the last generation of Homines Sapientes set foot on earth again. Mankind had substantially decimated by numerous nuclear world wars and miscalculations of climatological corrective measures. It had finally left its native planet at the end of the Age of Penumbra, shortly after the turn of the third millennium, in order to establish synthetic PoKs (places of knowledge) together with humanoids. During their excavations, the returnees found not only various everyday and cult objects, that are shown here, from the Anthropocene and the subsequent Age of Penumbra, but also the remains of a few buildings: a section of the 45 meter high wall in the north of the United States of Central America, an underground ultra-market in Guanghzou and a small bezos with the puzzling inscription "Museum". Googlists have not been in agreement about the function of this building. However, the shape of the replica exhibited here indicates that it is a kind of archive for storing and worshiping what was called "stuff" at the time. (Julian Rosefeldt) 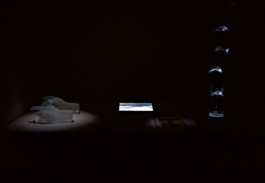 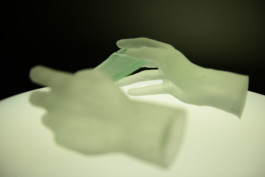 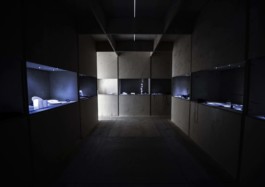 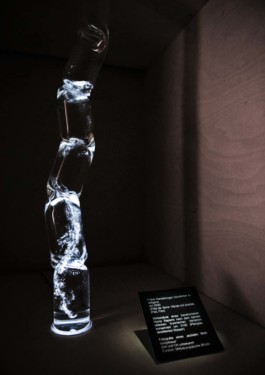 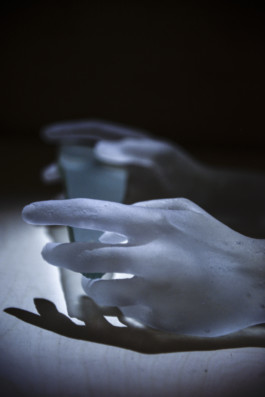 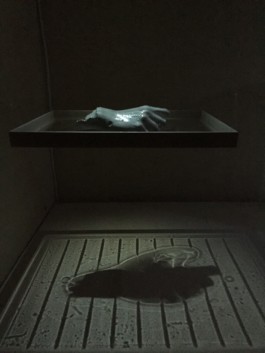