In the large-scale installation SUCCESS, Julian Billmair uses various media to examine the role of the artist in our society. The work focuses in particular on ways this role is handled and influenced by ubiquitous market processes, as well as the importance of photography and its conditions of circulation and production in our digital environment therein.

By doing so the artist translates traditional forms of artistic expression such as collage into what is perceived as contemporary aesthetics.

Billmair used the exhibition spaces of the Kunstarkaden as a studio space, as he had to give up his own studio shortly before the start of the installation.

The wrapped exhibition pedestals speak to these nomadic working conditions, which linger in the room like blank spaces or vacancies, waiting to be used, or to travel on unactivated.

Traces on the walls and floor refer to works that were created during this period, but could not withstand the final formal and aesthetic judgment of the artist.

The 9-part series of screenshots (2015-2018) shown here are selected from thousands of images the artist took during that period and express his need to choose and localize images from a highly artificial, constantly rotating world.

The physical immersion into a shared reality of the viewer through the viewfinder of the analogue camera has been replaced by the look "at the screen", which opens the door to a variety of digital realities.

This perceptual dispersion makes it possible to move through the Internet like a “flaneur” and to acquire image material in order to create your own cosmos.

The artist thus attempts to ask questions about authorship and the role of photography in our world that is saturated with images.

I WROTE AN ESSAY FOR TZK deals with the evaluation of success, especially how it is constituted in an academic, theoretical framework in a humorous way.

The letters TZK refer to the influential, quarterly magazine for art theory and aesthetics, Texte Zur Kunst, which was founded and first published in the early 1990s in Berlin.

In this context, success often means cultural capital in the form of writing theoretical texts about your own as well as about the work of others.

The “quote cap” suitable for the masses is translated into an artistic context and thus becomes an “accessory for successful artists”, a means of seemingly distinguishing and individualizing oneself. 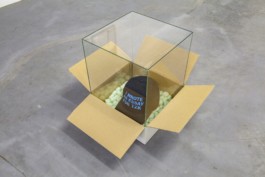 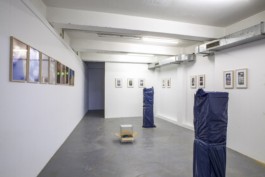 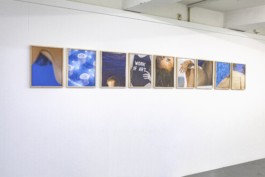 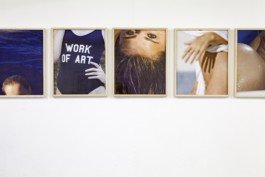 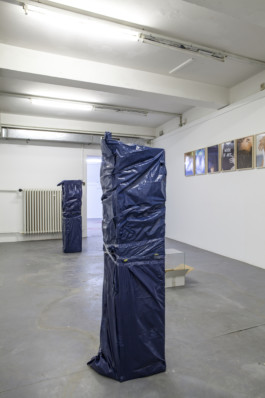 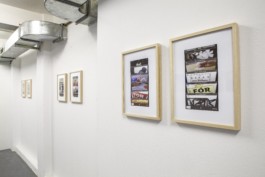 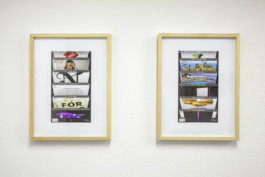