Through a distinctively process-orientated approach, this 1-channel video installation was created from fragments of the previous work die a while than live forever (2019).

A limestone that formerly posed as a substitute for a preserved human body in a kind of posthuman theatre, now performs in a double presence as film backdrop and acting object. What might be perceived as CGI aesthetics is filmed with a high-resolution camera to blur the lines between the artificial and the natural.

The glass cutout from once i was an island (2019)–once created as a waste product during the production of the water jet cut–becomes the animated main protagonist of a music video for the song „Gene in a bottle“ by Christina Aguilera. Embedded in a meditative instruction, which initially encourages the viewer to contemplate, a voiceover recounts a fictional history of origins. In the epilogue of the video, the narrator gets lost in romantically glorified speculations about the future of humanity.

In addition, similar to an experimental setup, references and objects from the video are arranged on a steel tablet.

Textually, once i was an island refers to the pseudo-religious orientation of Silicon Valley as well as the ubiquitous metaphor of the genie in a bottle as negative forms of a potential singularity. 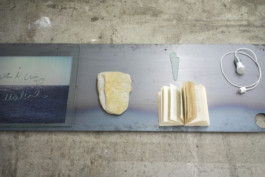 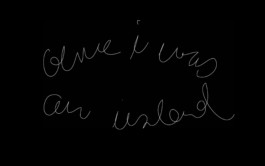 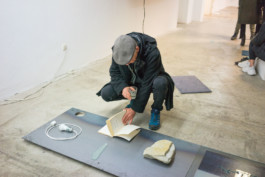 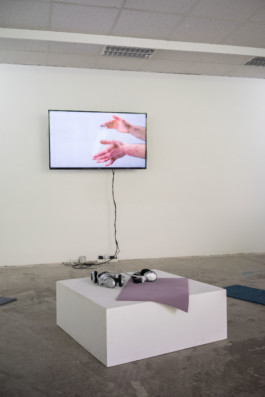 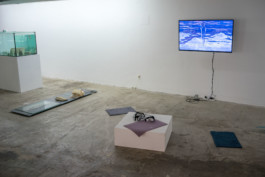 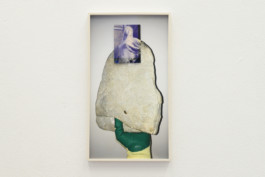