The project has been funded by Junge Kunst & neue Wege

The performative work Instructed Variations deals with the notion of the exhibition opening as a theatrical performance-act itself.

The artists hired some actors or actresses to perform several instructed actions during the exhibition opening of “Lassitude”, a group exhibition at Goethe-Institut Paris. The given instructions remain secret to the other participants as well as to the viewer.

Merely three small framed document with a range of similar interchangeable actions informs the viewer that they are part of a performance.

The work uses the human body as material and refers to pioneering artworks such as Bruce Naumans walking in an exaggerated manner (1976), cinema and pop culture and reveals the poetic and humoristic potential of everyday phenomena within social interactions.

Everything what’s happening inside the exhibition space becomes potentially performative and unveil the importance of socio-economic relations within the field of art. 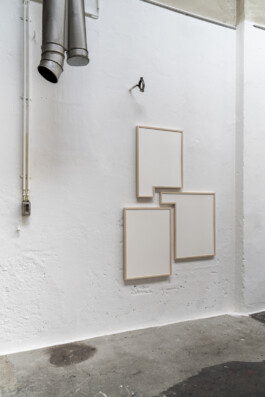 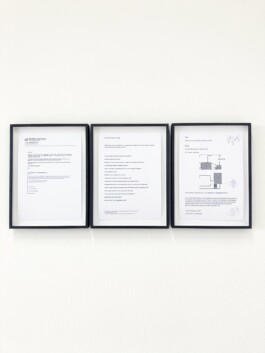 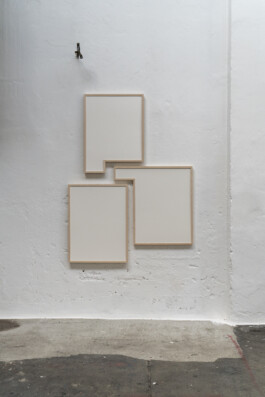 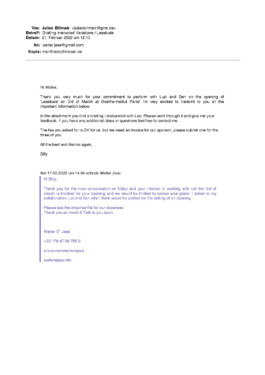 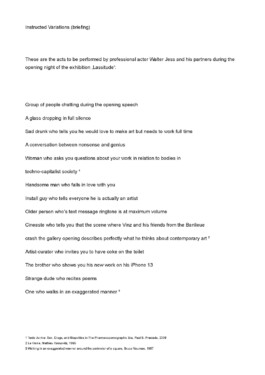 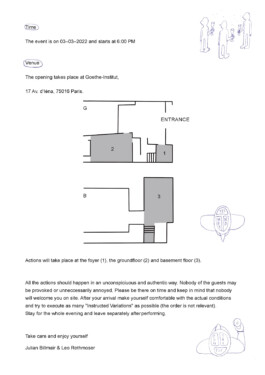