Based on Don Delillo’s novel Zero K (2017) about cryonics – a possible preservation process of the human body after death – Julian Billmair interprets its haunting literary language within his own aesthetic.

In the installation die a while than live forever, the artist combines different materials and languages in a customary freezer to form a conglomerate of organic and inorganic, naturally grown and man-made, elements.

Outlines of a stone were cut into a glass plate with a water jet process that was proceeded by both old, rudimentary techniques such as plaster casts as well as ultra-modern  means including high-performance digital scanning. The cut becomes the carrier of the stone which stands upright in the freezer and has become a substitute for the human body and its aspirations to overcome its own transience.

In addition, selected sentences and text passages taken from Zero K are intertwined with information from the data sheet of the freezer and read out and interpreted by a voice playback software.

The result is a linguistic reflection, a dialogue between the corpus humanum and its preserving agent, which points beyond linear distinctions of the past. present and the future. 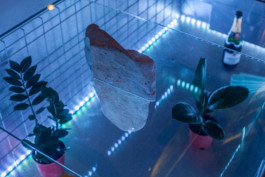 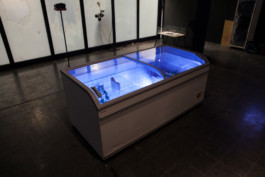 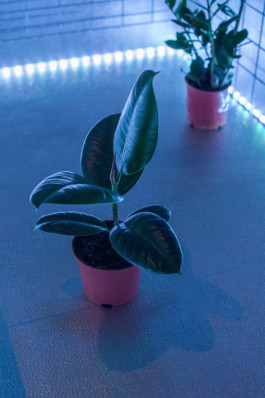 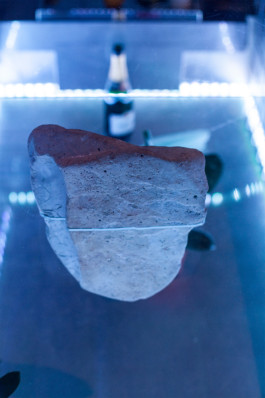 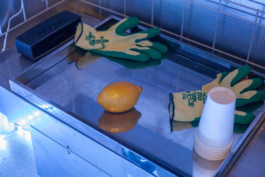